Especially since these are things we didn’t know this time last year. Which obviously isn’t wise for mankind. Because information is power. Or was it knowledge? Either way, arming yourself with these bits of interesting info would do no more harm to your brain than what the increasing levels of environmental pollutants are doing to your body. Who knows, they might just save your life one day. Joking. No, I am not. Yes, I am. No. Yes.

10. Surfing the Internet may help delay dementia because it creates stimulation that exercises portions of the brain. – Surfing is the new mahjong-playing.

15. The higher a patient’s body-mass index, the less respect he or she gets from doctors. – I knew it!! That’s why there aren’t many fat doctors around.

18. The eyes of the mantis shrimp possess a feature that could make DVDs and CDs perform better. By emulating this structure, which displays color wavelengths at all ranges, developers could create a new category of optical devices. – I want.

19. The calmest place on Earth is on top of an icy plateau in Antarctica known as Ridge A, several hundred miles from the South Pole. It is so still that stars do not twinkle in the sky because there is no turbulence in the atmosphere to distort the light. – This could be my new happy place.

30. If you’re trying to attract a partner, an athletic body helps, but a good-looking face is more important. – You don’t say…

31. Cockroaches hold their breath for five to seven minutes at a time through a respiratory system that delivers oxygen directly to cells from air-filled tubes. One reason they hold their breath may be to prevent their bodies from getting too much oxygen, which could be toxic to them. – Are you getting the feeling that they are like demons? The only way to kill them off completely is lopping their heads off.

37. Differences in body odors produced by people who are more prone to insect bites show they have lower levels of fruity-smelling compounds in their sweat than those who are resistant to mosquitoes. – So telling someone with numerous mosquito bites “They bit you because you taste sweet” is technically right?

Who knows what other weird and equally interesting revelations we’re going to discover this year? Like a famous proverb commonly found on touristy tees from Thailand or Cambodia, “Same same but different.” I can’t wait. 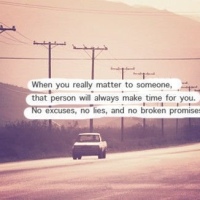 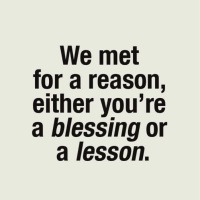